Aug. 8—TUPELO — The historic Spain House is one step closer to being restored to its former glory, thanks to funding from a Community Heritage Preservation Grant and a Certified Local Government grant.

The Tupelo Historic Preservation Society, which owns the home, received the funding a year-and-a-half ago, but work was delayed becasue of the COVID-19 pandemic, and a backlog at the Department of Archives and History, which administers the grants.

“We should have been doing this work a year ago,” said Doyce Deas, treasurer for the Tupelo Historic Preservation Society, who is also serving as the project manager. “With delays, you lose your contractor and subcontractor, and everything gets behind.”

The CHPG funding includes repairing all the windows, putting in electricity, installing a heating, ventilation and air-conditioning system, and adding fire and burglar alarm systems. The CLG money was earmarked for the roughed-in plumbing. The society received $67,000 in grant money, and had to come up with a 20% match.

“Community Bank has given us a line of credit, we have individuals who have given us donations, and companies have donated materials,” Deas said. “It’s hard work. We are keeping this thing afloat by the skin of our teeth.”

The Spain House, originally located at 553 W. Main St. in downtown Tupelo, is an example of Colonial Revival and Queen Anne architecture. The two-story home is believed to have been built before 1910 by Robert L. and Lucy Pound. Robert Pound, a pharmacist, was an original owner of the Main Street pharmacy Pound-Kincannon-Elkin Drug Co., later known as Thomas-Kincannon-Elkin, or T.K.E.

The Pounds continued to live in the home until W.D. Spain and his wife, Letha Mefford Spain, purchased it in 1946. The Spain family transitioned the first floor to the Spain Funeral Home and moved all the living quarters to the second floor. The funeral home was in operation until 1965.

In 2006, the property was acquired by nearby Calvary Baptist Church. For several years, the church pursued the possibility of redeveloping the property, but was unable to find an economically viable use.

In 2010, Calvary applied for a Certificate of Appropriateness (COA) to demolish the home. The Historic Preservation Commission, organized in 2005, denied the demolition, but approved the church’s request to have the structure removed.

An agreement was reached to transfer the ownership of the house to the city of Tupelo, with the stipulation that the city relocate the house within 18 months, or it would be razed. The city agreed to donate a relocation site for the house at 510 S. Church St.

The Spain House was designated a Mississippi Landmark in October 2011. That same year, funds were secured through a grant from Archives and History, with matching dollars from the city of Tupelo and Calvary Baptist Church, to move the home.

On Dec. 6, 2012, the Spain House was successfully moved in three separate sections to its new location on South Church Street, across from the Lee County Health Department. The 4,000-square-foot house was placed on a new foundation and stabilized and secured to prevent further deterioration.

In 2017, $120,000 in matching grants from CHPG and CLG paid for a new roof, and reconstruction of the porch and portico. The Tupelo Historic Preservation Society contributed $31,899 toward the project as a requirement of the state grants.

In 2019, a CLG grant provided funding for the repair of rotten wood, removal of old paint and priming and painting of the home.

“We are trying to keep the footprint as original as possible,” Deas said. “It’s amazing how well this house was put back together.”

Work on the current phase has to be completed by December 2022, but Deas feels they’ll be well ahead of schedule. She’s now in the process of writing another grant to do the finishing work.

“We’ll need to refinish floors, repair wall and ceiling damage and then paint, tile the bathrooms and add fixtures throughout the home — just get it ready for occupancy,” Deas said. “If we could get one more good grant, we could finish this thing and get it open. This is why it’s so important to get this thing finished — so we can rent it to groups and have it bring in some kind of income.”

When complete, Deas hopes the home will be used as a place for preservation and historical groups to meet, as well as a venue for small parties and receptions. The original kitchen upstairs will be renovated, and a small catering kitchen added downstairs.

“We do have some period pieces of furniture that have been donated that we’ll put in the house,” she said. “Eventually, we hope to have a pretty garden here as well.”

Cody Hancock, who has Esquire Construction Services in Shannon, has been the general contractor on the project for the past two years.

“We do a lot of older homes,” Hancock said. “You never know what you’re going to find when you open up a door or a wall. We found the original front door to this home in a closet, and an aerial overview of the home in a cabinet.”

Hancock said the pandemic has slowed down work on the project, but now his crew is there five days a week.

“We finished the plumbing in July. We hope to be finished with the windows in two weeks, then the electrical in three or four weeks,” he said. “We haven’t started the HVAC yet. This has definitely been a labor of love.”

Deas said she thinks it’s a shame that so many people believe historic properties don’t need to be saved.

“This one had to be moved to be saved,” she said. “I never thought we’d get to this point — it’s been sitting here since it was moved in 2012. It’s taken time, but it’s been worth the effort. Now, we need the community to rally around us and get it completed. I just pray to God I live long enough to see it finished.” 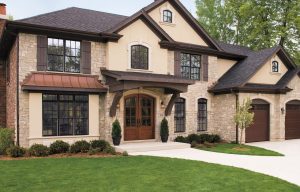 Thinking of Buying a Used Mobile Home? 18 Steps For What to Watch Out For and How to Do it Right